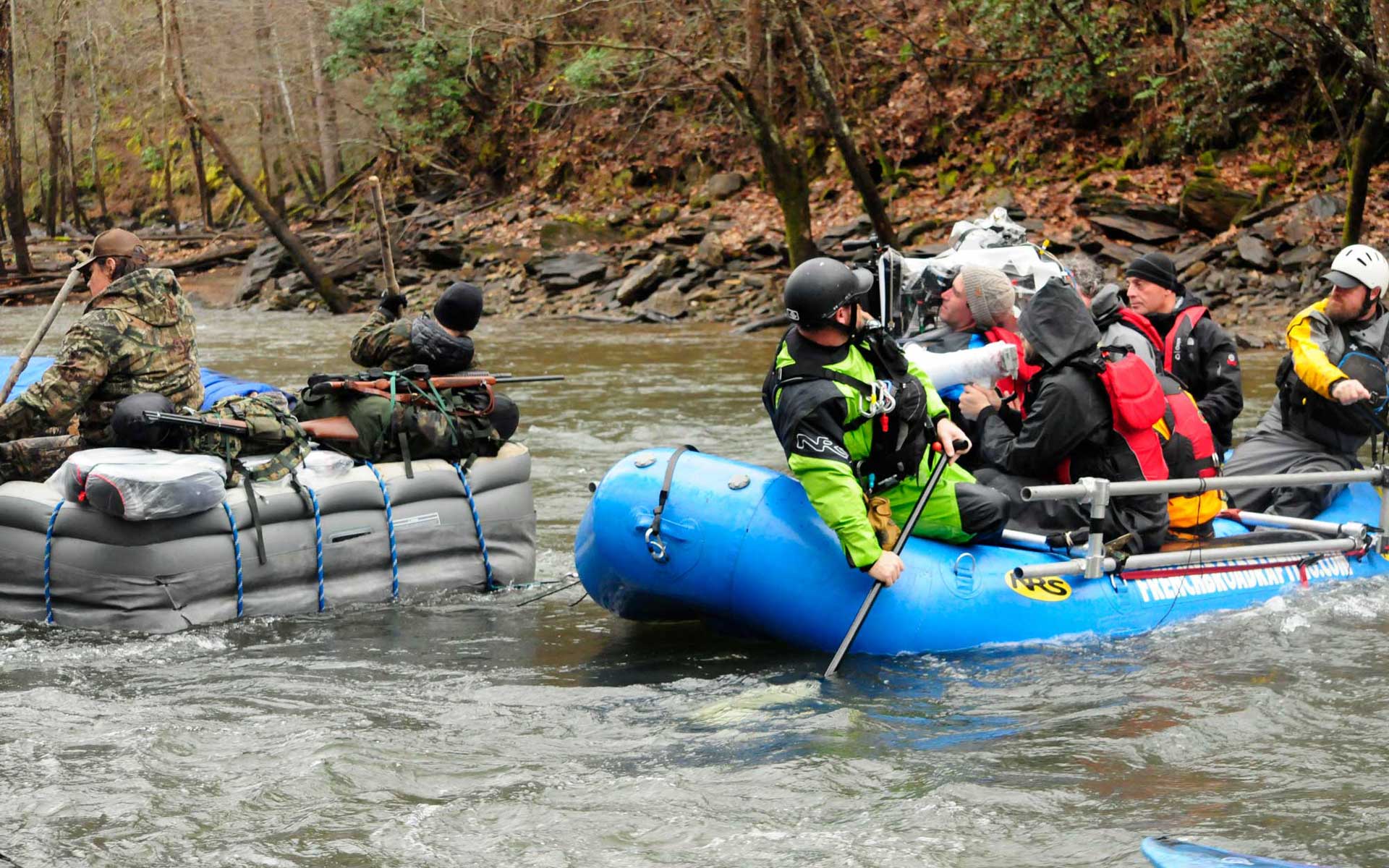 Did you know that French Broad Adventures is in the film and television industry? The whitewater and mountain safety professionals at FBA have been an integral part of the production of multiple commercials, televisions shows, and feature films in Western North Carolina. Past projects include “Last of the Mohicans”, and our most recent credits include the “Dirty Dancing” reboot with Abigail Breslin and Colt Prattes and “Legacy of a Whitetail Deer Hunter” with Josh Brolin and Danny McBride. With our extensive knowledge of the area’s most beautiful mountains and rivers, nearly four decades of experience guiding in the area, and certifications, credentials, and membership in the most prominent swift water and ropes/mountain rescue organizations, French Broad Adventures is your best choice for safe access to the area during your next photo, television, or film shoot.