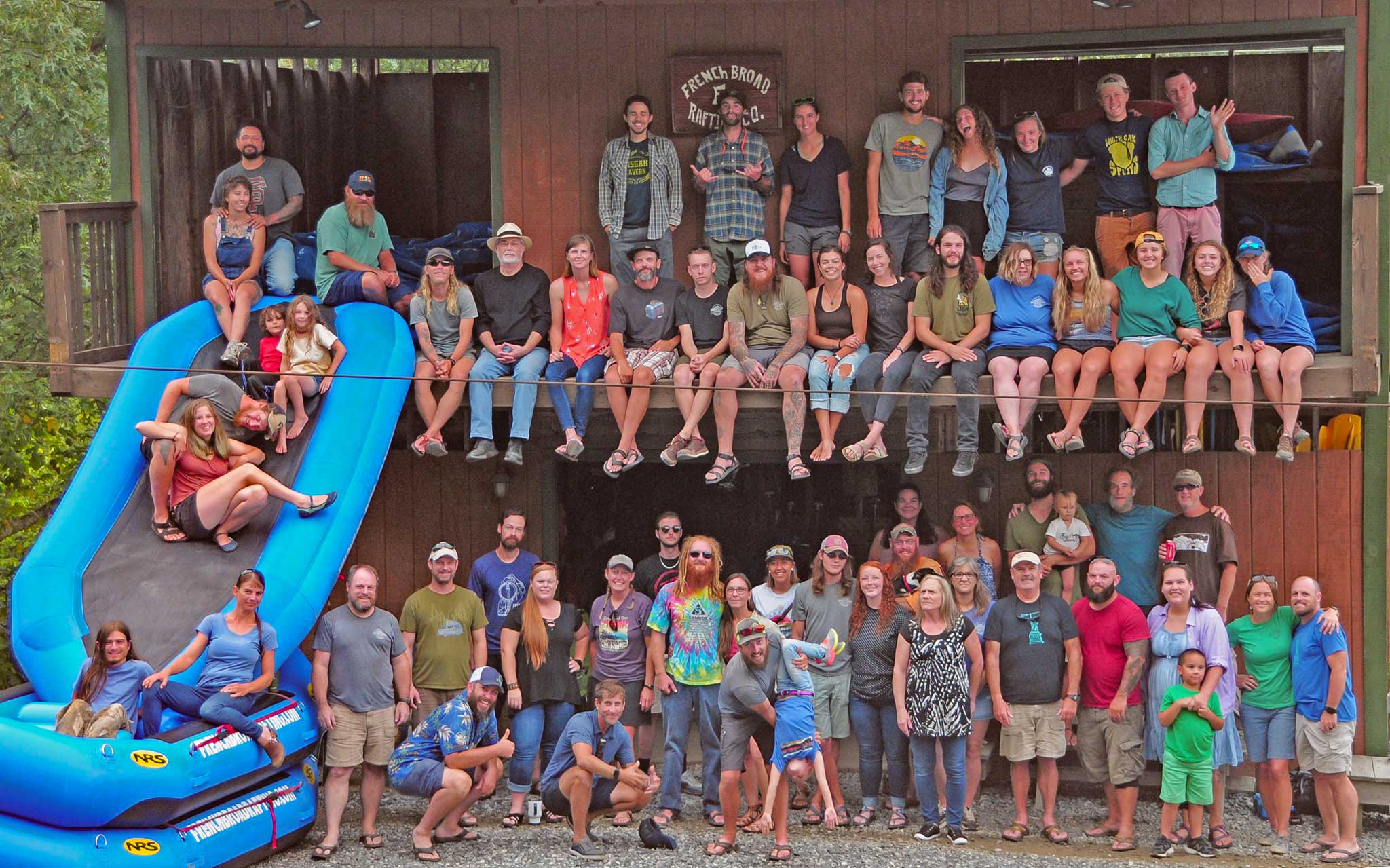 The Hampton Family began their career in the outdoor industry nearly forty years ago on the rivers of the southeast. After working as professional raft guides and managing other rafting companies for many years, they opened their own company in 2002.

A year later they merged with two other rafting companies, including the venerable French Broad Rafting Company, taking over for retiring owners Ron and Sandy West, who still run Hot Springs Spa & Resort. Continuing the tradition of their family-owned, locally-focused business, the Hamptons grew French Broad Rafting every year, and recently became the largest outfitter on the French Broad River. Their reputation in the industry is bolstered by the high level of expertise that comes with having such a veteran staff (many of the river guides on staff have been with the company for decades) as well as their focus on the personal experience and outstanding customer service you’d expect from a small business.

The journey has not been without its setbacks. In November of 2006 the French Broad Rafting outpost burned to the ground. Everything was lost that day, from the rafts and paddles to the t-shirts and computers. What was “found” however, was the overwhelming support of family, friends, employees and the local community. Countless people stepped forward to make sure that this little family company continued to provide jobs, support local organizations and introduce thousands of people to this small but beautiful piece of the Appalachian Mountains.

Because of all they’ve been through together, the French Broad Adventures family is an even stronger and tightly-knit company, more driven to expand and improve your adventure. Since those early setbacks French Broad Adventures has grown, adding a ten-line zipline canopy tour with a sky bridge and treehouse, added canyoneering trips, opened a climbing wall, and has even gotten into the film industry as whitewater and mountain safety coordinators on set. There is an abundance of awesome adventure happening here these days, and we hope that you will join us and our professional staff for the trip of a lifetime!